Why Art Style Is More Important Than Graphics in Game Design 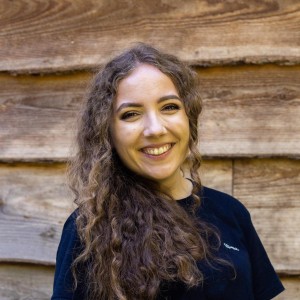 Generally, graphics are about the technical elements in the game – the pixels, the quality etc.

Art style is about all of the art in the game – the colours, the lighting, the characters and basically the look of the game.

So, it is clear that people can be easily confused between the two. Now that the definitions have been laid out (and hopefully they make a bit more sense than before), I will explain why it is that, when designing a game, art style is so much more important than graphics.

I will be writing this blog as if you ARE a game designer, to make things easier.

Check out this MLC client project: https://maxlouiscreative.com/project/reclamation/First of all, designing a game is a difficult, but also incredibly fun and exciting process. A big part of game design is to determine what art style you are going for. This process is often overlooked; the art style can be a difference between people loving your game and hating it!

Take Minecraft as an example – when Minecraft first came out, a lot of people (including myself) really didn’t like the look of the game, with the pixelated blocks etc. Essentially, Minecraft ‘had bad graphics’ until people got used to the idea of blocks and the lighting improved – now it’s an “art style”. Once it was labelled as an “art style”, people (again, like myself!) became more accepting to the idea and instead began to appreciate and like the look of the game.

So why are graphics different to art style in game design?

Graphic design in games is important for the look of a game, but it is not the most important aspect. In my view, a great and interesting art style makes a better-looking game and thus a more appealing game to play. I would prefer to play and find it more satisfying to play, a game that has its own unique style, rather than it focussing on being super HD etc. Both of these together would be great, but I truly believe that art style should be the main focus.

Although I appreciate HD graphics, they are not a factor that will make or break a game, for me. Graphics are just not enough to make a game look good.

It’s important to note that graphic design and art style can complement each other in some cases; sometimes an art style isn’t possible without particular graphics having been set out in the first place. Therefore, game designers often ask the question “Do graphics matter then?”. Arguably, yes, but we strongly believe that art style is far more important than graphics, when designing a game, in terms of the player’s viewing pleasure and overall gameplay experience. Having no art style is far worse than not paying attention to graphics in a game.

What’s so good about having an art style in your game?

Having a particular art style sets your game apart from other games. It gives your game its own unique atmosphere and style. After all, you want your game to be as appealing as possible, to as many people as possible!

Games such as Overwatch, Pinstripe and Limbo have a greater emphasis on art style, rather than graphic design. Consequently, when I think about these games, I think of them as being beautiful and memorable experiences that stick with me far more than any 4K, HDR, 60 frames stuff.

Here is a fantastic video that reiterates my points about why art style is so much more important than graphics. Definitely worth a watch!

Historically, games like Mario that decided against realistic graphics, still look fantastic today! They realised that trying to be 3D realistic, was an unrealistic goal. Some games decided to use 3D realistic graphics like Lara Croft of the early 2000s. Although it may have been ok at the time, they are unplayable to anyone new to games now. The art style behind the Mario games made it a brilliant experience for the players and the cartoon-style makes the game what it is. It draws people in, if a game has a style that’s different from other games.

“There are a lot of games in the industry that aren’t bound to mega hyper realistic graphics and they still appeal to the gamers and some of them are iconic or classics. These games are remembered for their story, music and their art.The art part of every game includes the cold or warm atmosphere, the lighting, the contrasts, the shadows, the colors, everything that gives personality to a place or to a character and both.

Hyper-realistic graphics or 8-bit graphics, doesn’t matter. Every game has its gamer and its art. Games like Mother, Undertale, every Zelda, every Mario, Destiny, Overwatch – they are unique. Their art draws people in, aside from their graphics. The graphics are part of the technology today, but what makes it pretty/realistic/horrific? It’s still the art. Art has been used to make games appealing since the beginning with objects, utensils, places. Art is part of our lives, even in games.” – Ludmila, MLC.

Should you ignore graphics altogether then?

I’m not here to tell you how to design your game. Graphics may be the thing that makes your game…

Think about Call of Duty. Games like this are able to produce fantastic graphics and not worry too much about art style. However, Call of Duty is one of the world’s most expensive games to make, always exceeding $100 million budgets.If you have that much money, then this blog isn’t as important for you. If you don’t – art style is what should be on your mind.However, be careful here – it is not the graphics alone that make the game a success – there are so many other things involved in a game (as I’m sure many of you who are reading this will understand!)

What I am trying to get across is that art style in games can be overlooked, and not seen to be that important. Well, it definitely is!

As an indie game developer, your focus should be on art style instead of graphics. What style can you go for that will set your game apart from others?

Thanks to Unreal Engine 4, graphics are becoming more accessible to indie devs, but never rely on the engine to make the game look good for you.

How can we help?

Here at MLC, we help game devs with art. Check out our portfolio and get in touch if you’d like our help!