Choosing the best trailer type for your game 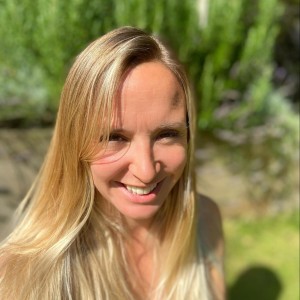 You’ve worked super hard on your game, and it’s time to create a trailer 🥳. Trailers are an essential marketing asset for your game and done right, both gameplay and cinematic trailers can create incredible hype.

Trailers need to capture the audience’s attention and create a desire to play. They’ll be a way to set the tone and narrative of the game, as well as show off the art style and help it stand out in a noisy market.

The question is, which kind of trailer is the one for you? There are a number of different game trailers, however, we’re going to focus on gameplay and cinematics.

Let’s start by looking at the key differences between cinematic and gameplay trailers before we move on to the instances you might choose one over the other.

Cinematic trailers are superb for adding some real clout to your game marketing. They are big, bold and get people really hyped up. This is because cinematic trailers aren’t limited by the capabilities of what your gameplay looks like. They’re able to dramatise and enhance what the game will look like when actually played. We still highly recommend doing cinematic trailers in your game engine in order to enhance, not mislead.

Gameplay trailers stay truer to your gameplay. The footage is taken from the game and edited to fit the creative brief you have prepared. These trailers often include some zooms, slow-mos, freeze-frames, and lens effects to your gameplay, however, they really show off what your game will look like when your players get their hands on it.

How to decide which style to go with?

If your game is still super early in development but you want to start creating hype before you have access to usable gameplay footage then a cinematic trailer is a perfect option. You’re able to show off gameplay that you plan to include in your game, without it existing yet. Be sure to actually include it in the final game or you’ll end up like No Man’s Sky. Link to https://www.bbc.co.uk/news/newsbeat-37506501

This can be important to build Wishlist stats, gauge the game’s potential, or onboard investors and crowd-funders. Gameplay trailers are a better option if you need to produce a trailer on a shorter timescale, with a great gameplay trailer only taking around 1-6 weeks, compared to 6-24 weeks for a cinematic trailer.

Does your game have a complex backstory? You will want to consider a cinematic trailer in this case.

Cinematic trailers allow you to go more in-depth. Producing scenes to explain the story, and introduce characters and lore. This can get missed in a gameplay trailer. Let’s take league of legends as an example. Their gameplay trailers don’t even scratch the surface when compared with their character cinematics.

However, if your game is more straightforward (e.g. minigames or mobile games) then cinematic trailers are likely a bit overkill. Don’t forget, you always have the option of adding in a few cutscenes should you need to add some story context to a gameplay trailer.

There’s no hiding the fact that cinematic trailers look expensive, that’s because they can be. Cinematic trailer production involves a rather lengthy process, starting with script writing and storyboarding before moving on to environment production and animation. Creating just 30 seconds of trailer can take months, but the result is a trailer that looks like a short movie, investing the player into the game’s story and characters.

A cinematic trailer can help you portray different styles. For example, if your game is 8-bit, a cinematic may help players understand characters and emotions that may not be relayed so easily within the game.

Gameplay trailers are generally significantly cheaper as they usually require no custom 3D production. This is ideal for game devs on a budget. What’s more, as a game dev, you can capture the footage yourself and give it to an editor. Of course, the best trailers are well thought through and involve custom audio, as well as other aspects perhaps left out from lower budgets.

Your game, for it to have the best chances of succeeding, is likely to have at least two different trailers.

One for the game announcement – cinematic or a combination of cutscenes and gameplay is best for this important milestone in your development. This is because it gives you the freedom to really sell the game’s plot, characters, and USP (unique selling point), in a way your game development may not allow. This is your golden opportunity to stand out from other games on the market. These trailers tend to be shorter and punchy to draw attention to an upcoming must-play game. Here you are driving attention, Wishlists, and social buzz.

You’ll want another trailer for your release. Gameplay trailers work well here to show off the real game style and set the player’s expectations of the game. Here you have the opportunity to show off all your hard work. Include a strong call to action to get the viewer moving down that sales funnel to purchase. With this trailer, you’re looking at generating the most sales possible.

There are a few must-haves when creating a trailer of any type. You can’t just hit the record button and hope for the best.

We just love creating trailers of all styles and know that each has its own purpose and creates an enormous amount of hype for a game when done right.

If you feel confident going it alone, good luck, and have fun!

If not, get in touch, and we’ll help you produce a trailer that not only excites the viewer… but also you.

Cinematic trailers can be an expensive job to take on, but can also be crucial for some indie devs to get their game off the ground with investors and players. MLC specialises in working with game devs and publishers. We pride ourselves on competitive prices and outstanding service.